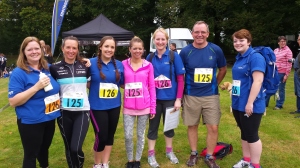 This years event was based at the St Francis School in Pewsey in the beautiful Wiltshire Downs, taking full advantage of the miles of country roads and bridal paths that meander around the hills in the area. 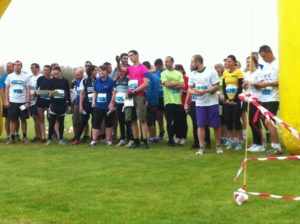 Both teams set out early (06:30 ouch!) to arrive in time for registration and a briefing of the days activities; once briefed the first challenge of the day was a relay style race around the St Francis Campus. Runners from both Brentknoll teams faced other vet practices and industry professionals to reach check points which determined the order they would complete each activity throughout the day. 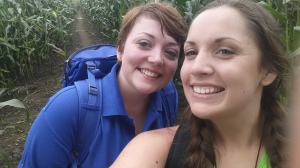 Team 1 which consisted of Dave Fisher, Sharon Wallace and Kate Kitchener set out to the trail running activity first whilst team 2 which was Janet Palmer, Jenni Miles, Sarah Steyn and Sarah Davies  jumped on their bikes. The trail running activity lasted around 1 hour 45 minutes in which time the team had to run or walk to as many checkpoints as possible; using only a map to guide them they climbed hills, climbed through nettles and navigated their way across fields. 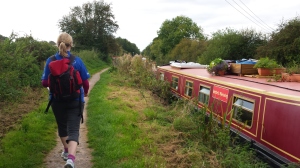 The cycling activity lasted around 2 hours 30 minutes and also involved reaching checkpoints, the teams had to plot their path and plan the quickest route sometimes battling their way through overgrown pathways and up some pretty steep hills that tested our teams endurance. 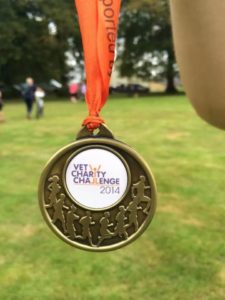 Finally the kayaking, which lasted around 1 hour took the teams along the canal ways where they searched for floating boys attached to electronic check in points that they carefully signed in at (trying their best not to tip over). It was a battle of strength and determination, as there were some hefty penalties if the teams were late getting back to the start point.

Once all of this was completed the teams then faced a series of physical and mental tests in the Questask activity based back at the school. These tasks involved climbing through spider webs, throwing and catching balls, balancing challenges, relay with balloons and much more....

The day itself was fun and games but it is all in aid of a serious cause; this year the challenge is raising much needed funds for SPANA, Cats Protection and Hearing Dogs for the Deaf. Every penny we raise helps and it's not too late to sponsor us visit www.virginmoneygiving.com/team/brentknollvets to make a donation.