Beagles are usually bouncy dogs, but when Millie the Beagle started 'hopping' the vet knew this wasn't normal Beagle behaviour. 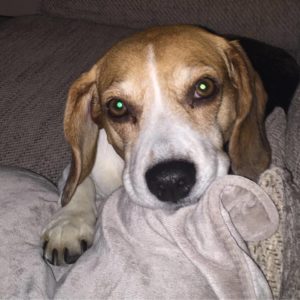 Millie is a 8 year old Beagle, who is very much a youngster at heart; she loves nothing more than running around the fields with other dogs and chasing after balls. So when Millie started limping and 'hopping' after her walks, her owner suspected there could be something wrong with her legs.

She brought Millie in to see the Clinical Director, who diagnosed Millie with bilateral cruciate ligament disease.

What is a Cruciate Ligament?

The cranial cruciate ligament is a tough piece of tissue that attaches the femur (thigh bone) to the tibia (shin bone). This piece prevents the tibia from shifting forward and helps to prevent the knee joint from over-extending or rotating. 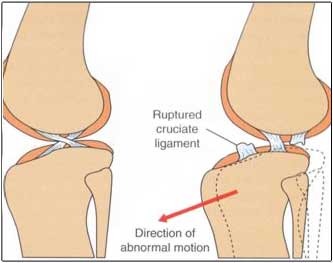 When a dog ruptures it's cruciate ligament, the vet will be able to manipulate the knee abnormally backwards and forwards.

The usual cause for a rupture is a gradual degeneration of the ligament, over time it wears until it eventually gives way. Alternatively, some ruptures are caused by trauma, through exercise or strenuous movement and sharp twisting (like chasing balls).

In Millie's case, the Clinical Director believed hers was a degenerative condition affecting both of her legs. Over time, her cruciate ligaments had worn away and the knees were moving backwards and forwards, which is what was causing the 'hopping' when she walked.

How we treated Millie

After X-rays were completed to confirm the diagnosis, Millie was booked in for surgery to correct her right leg, which was the worst affected. Only one leg could be done at a time as she would need her left leg to support her weight whilst the right leg healed.

The Clinical Director performed a Tibial Tuberosity Advancement (TTA) procedure, which involves cutting the tibia, altering the shape of the bone and changing the way the bones align. Changing this alignment, greatly reduces the forward/backward movement, meaning that the damaged ligament becomes redundant.

After a successful first surgery it was time for Millie to rest and recover at home. She was on house arrest for a few weeks, with just trips out to the toilet and around the garden.

She came in to see the Clinical Director 2 days post surgery and she was using her right leg better than her left! A clear indicator that she was managing the pain well and she had been uncomfortable on the leg before surgery. 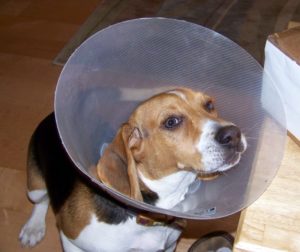 At week 3 she was allowed to go out on gentle walks (on the lead) with her owner, she enjoyed getting out and about and was desperate to run across the fields.

At 10 weeks post surgery, she finally got to run across the fields (although she did this before the vet gave her the all clear - when she escaped from the garden). The Clinical Director was very pleased with her progress and with how strong the right leg had healed, so it was time to do her left leg.

Surgery on the left leg also went very well, without complications and Millie is now walking with a spring in her step (but this time a good one!). She is more active and happier, clearly more comfortable.